Where We Have Been and Where we Are Going... 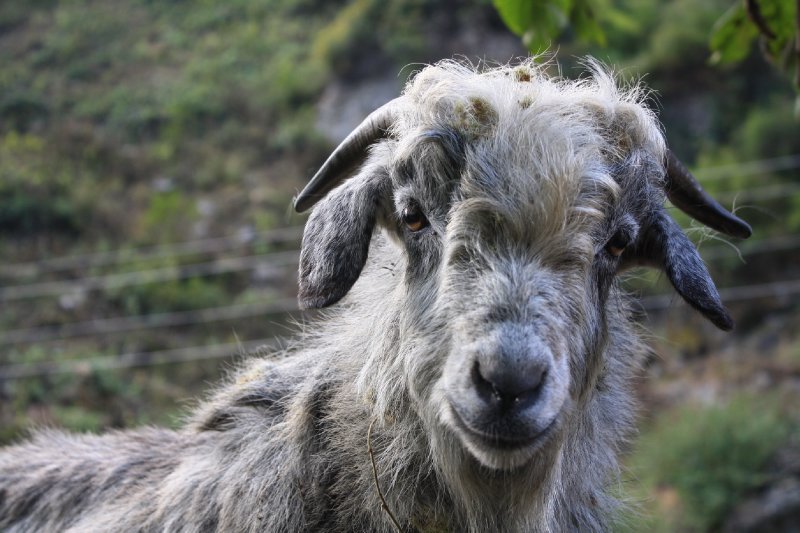 Yes, I'm quite aware that I have been very absent in recent months. I also know I said that would change. Try as I might, it did not happen in a timely manner. But, it does not mean that the TP Foundation has fallen by the wayside - it has not. I've just been delinquent in my posting duties. Sometimes real life just gets in the way, not allowing us to do the things that are the closest to our own hearts, but important all the same. I am no exception. With that said, I shall move on...

Where We Have Been

The TP Foundation was launched on April 1, 2009 and has been growing ever since. We began with a mere $13.50 from Google's AdSense Program. During 2009, Adsense earned $320.15 while 2010 brought in another $426.18 of usable revenue. Over the course of 2009, TP Foundation also incorporated in The Travel Unravelled and The Book Club blogs. Travel Unravelled produces $5.00 for every blog entry posted. The Book Club earns revenue via the Amazon Associates Program. (Follow a book review Amazon link, purchase something and TPF earns a few cents.) The 2009 Tour de France Competition and the 2010 $1 For Your (Accommodation) Review Drive brought in an additional $1350.00 worth of funds.

Overall, this may not seem like a lot. And, for most of us, in reality, it isn't. But, in that same reality, for those in need it means one hell of a lot. It means the difference between food on the table or going hungry. It means clothes for one's children, a roof over one's head and/or viable transportation. TP Foundation has tried to make loans to cover all of these needs and more. We have also tried to cover health care and education, though loan requests for those areas are few and far between. Our loans have spanned the globe.

Where We Are Going

The TP Foundation's goal is to be Goodwill Ambassadors - spreading "the wealth" to those less fortunate than ourselves. The main recipient of the funds is Kiva.org - a micro-financial organization. The funds from the Tour de France Competition were donated to the Hippo-Roller Project in Africa. As 2011 progresses, we will continue the Kiva loans. If another charitable opportunity arises, we will definitely take it under consideration. It IS all about giving and expecting nothing in return.

In the past, I have posted photos, links to the Kiva Entrepreneurs who have received our loans and connected them to the mapping system. As of January 4, 2011, TPF made it's 68th loan. Due to my delinquency, there are many photos and links to be made. Rather than spend the next several days doing all of that work and having poor Michael (Utrecht) double-checking the mapping, it will be easier to just direct you to the TPF page on Kiva. You do not have to join TPF or Kiva to view our accomplishments. You will be able to see who's received money and view their profiles. I will include the link with each new set of loans and blog posting. So, here are the links... 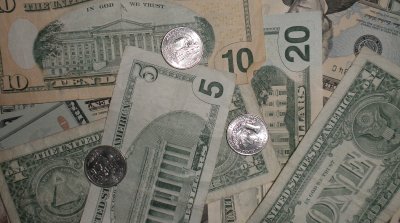 US Currency. Photo by classique

Yes, this is the year end financial report you've all been waiting for - if you're an accountant. But, it's your money so you should be informed.

As stated above, TPF has made 68 loans since we began in 2009, 28 of them during 2010. In that time, we have had a few delinquencies but no defaults. We did have one loan that was reimbursed because the lending institution was not up to the task. When they were re-approved by Kiva, the Entrepreneur had secured his funds from another source, withdrawing his loan request. Our repayments have equaled $1880.05 for the year. Our total being put back into Kiva (for 2010) has been $3121.07 with $1393.85 remaining to be loaned. That amount is now down to $593.85 after the 8 January 4, 2011 loans.

Between August and December, the Travel Unravelled blog has earned $35.00 in revenue, bringing the yearly total up to $50. Okay, it's been a slow year for TU. But, you can help out... (Yup, promotional plug here...) In November, TU began the Travel Unravelled's Q&A Project. Follow the link to find out more. It's just answering a simple question but it does have a time limit. Not only does it help out fellow travelers, you get to express an opinion in 200 words or less.

Additionally, If you have tips and tricks for your fellow travellers, then join us in educating travellers worldwide. To get started, send our editors an email at unravelled [at] travellerspoint [dot] com. Let them know a bit about yourself, and maybe include some writing samples and ideas for entries. They will review your submission and, if you fit the bill, they will welcome you to the team. Each published article earns $5.00 for the TP Foundation and Kiva.

Two book reviews were published, one in August and another in September.

Again, info for new visitors:
Have you read a book lately? Would you like to tell someone about it? It doesn't need to be travel-related nor a good review. If you have read something that was absolutely not worth anyone's time, say so. But, join the "Club" and say something because:

The Book Club is affiliated with the Amazon Associates Program. Follow a link in a review, make a purchase (books, products, gift cards, etc.) and the TP Foundation earns a percentage of the purchase price.

If you would like to contribute a book review, please contact Peter, Eric or Gretchen (me). You can also get in touch with me through foundation [at] travellerspoint [dot] com.

The AdSense Program saw total earnings of $426.18 for 2010. Pay outs took place in February, May, August and November. Our ending balance on December 31st was $56.77 which means 369.41 has made it's way to Kiva. Well, not exactly... It's more like $364.22 as the TPF bank account contains $4.16 and the TPF PayPal account contains a whopping $1.03. (Did I do the subtraction correctly? Yes, it appears I have. Just checkin'.) All in all, the program has been a success! It keeps getting better as more information is added to the wiki and new people join TP daily.

The Amazon Associates Program may not be as prolific as AdSense but it has generated income. The total earnings for last year were $24.53 with payments received in January, February and October. On December 31st, the balance in the account was $14.06. The January and February payments were from earnings generated during 2009. The 2010 balance will be paid out shortly. As stated above, the Associates program earns a few cents when someone uses a Book Club link to purchase something on Amazon. So, shop early and often and follow the links. (Earnings are not limited to just purchasing books.)

In 2009, TP held the Tour de France competition which earned $850.00 for the Hippo-Roller project in Africa. (A really good thing!) During the month of November (2010), TP conducted the $1 For Your Review drive to raise funds for Kiva. There were 481 reviews written so $481.00 for the Kiva coffers. In reality, the drive brought in $500.00 because Peter and Sam like 'nice neat round' numbers. TP Foundation is very happy they feel that way!! Thank you to all who participated and for the tidy contribution to the cause!

In retrospect, 2010 was quite a stellar year for the TP Foundation. Not in my wildest dreams did I think we'd have conducted as many loan transactions on Kiva as we have - it's amazing! Truly, they are gifts that keeps on giving, to use an old cliche. The Entrepreneurs who have been chosen are just as stellar - all repaying their loans so others can be made. It is with that sentiment that I thank each one of you who have been willing participants in this project. My sincerest gratitude to all. I do believe I can say that for the TP Foundation as a whole as well. Thank you!

Previous Next Table of contents

Comments on this blog entry are now closed to non-Travellerspoint members. You can still leave a comment if you are a member of Travellerspoint.

If you aren't a member of Travellerspoint yet, you can join for free.